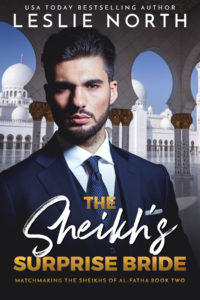 Prince Yusef Oman is not happy to marry his bride, sight unseen. But when he finally lays eyes on his new wife, he’s horrified to find himself standing beside his social-climbing ex, Zara Amiri, the woman who broke his heart once he discovered she’d only been dating him for his title. In his tiny kingdom of Al-Fatha, couples cannot divorce until after six months of marriage, so he’s stuck with her until then.

But maybe that’s not all bad. Even though Yusef can’t fully trust her, he likes Zara. Maybe even more than likes and they find themselves slipping back into their easy way with one another. But no matter what, they both agree their marriage is in name only. No romance. No kissing. And definitely no future.

Zara never got over that Yusef thought she only loved him for his wealth and privilege. She fell in love with “Joe” and wasn’t too happy to find out he was royalty. Now they’re married and the love she felt for him is coming back full force. Though Zara initially agrees they’ll ride out this marriage of convenience, she secretly hopes Yusef will come to realize how wrong he was about her.

But having to prove herself to him is maddening. Though Zara loves Yusef with all her heart, she cannot stay married to a man who doesn’t trust her. Her only hope is that Yusef will figure out what he’s throwing away before their six months is up.

The Sheikh’s Surprise Bride is available from: