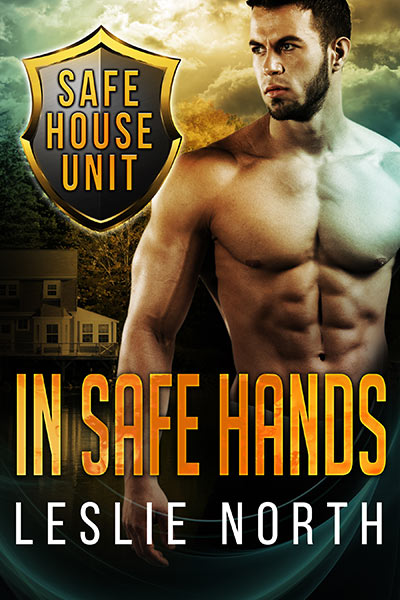 He didn’t understand loyalty until she stripped it away…

Damian Stone was a distinguished member of the NYPD, on the fast-track to an FBI career until a crime syndicate ambush cost him his partner and his ambitions. Recruited by an elite security agency that leverages his hyper-protective instincts to shield notorious trial witnesses, Damian never met a charge he couldn’t safeguard.

Alexa Volkov lived a privileged life, far from the messy underbelly of her father’s Russian mafia. As a crime boss daughter, she is in a unique position to collapse the organization from the inside out. Her plan to testify against the mob patriarch puts a bounty on her head that would tempt even the most trustworthy cop—especially one hell-bent on punishing her for the sins of her father.

But the safe house part of Damian’s protection plan is anything but safe. In a place where alliances are not what they seem and the most dangerous heat bearing down on them is the forbidden burn of seduction, the only thing more at risk than life is a lethal hit to the heart.

Also available as an Audiobook from Audible and iTunes.

Alexa Volkov sat in the living room’s bay window seat and pretended not to watch Damian move around the yard. Her protector was now dressed in oil-stained jeans and a distressed T-shirt, which wasn’t distressing at all—not in the slightest. At least this ensemble had sleeves. She didn’t think she could endure another covert glance at his morning jogging outfit without giving herself away completely.

She wanted him. Big time. She wanted Damian Stone, the man sworn to protect her—the sort of ex-cop she had avowed herself to hate—the same man who clearly harbored a deep abiding hatred for her family, and by extension, her.

But how else was she supposed to occupy herself? She was bored out of her skull. When she wasn’t pacing anxiously or pretending to read one of three hundred and sixteen—yes, she had counted—true-crime novels crowding the shelves near the fireplace, she stared wistfully out at the lake and imagined what the fresh air felt like. She hadn’t even been here a day and already she was going crazy. Distracting herself with thoughts of the only other person on the property seemed like a surefire way to keep the cabin fever at bay.

Or a surefire way to make it a hundred times worse.

Damian knelt near the edge of the yard, a hammer held loosely in one hand as he considered a broken fence post. Alexa raised her book once more, but memories of their earlier time together in the kitchen caused the words to swim right off the page in front of her.

She glanced up. Damian, who had been gazing back at the house, quickly preoccupied himself with his toolbox once more.

Hours passed. Alexa reorganized Damian’s beloved novel collection alphabetically by author’s last name and series, baked authentic kartoshka cake balls and sprinkled them with powdered sugar, and scoured the kitchen. By evening, Damian still hadn’t come inside, not even for a bathroom break. She pawed through everything in her foreign-to-her wardrobe twice, trying it all on until she arrived at a blue summer dress she had glanced over her first time through. The fabric sported loud red flowers that resembled poppies. She normally didn’t like patterns, but she tried it on anyway.

Her reflection in the mirror sent a slight tingle up her spine. What had seemed like a run-of-the-miss dress on the hanger looked completely different hugging her curves and draping breezily across her thighs. She turned to admire herself from behind, enjoying the way the open back plunged down further than she first thought. She imagined the expression on Damian Stone’s indifferent face when he saw her.

The chess match just got a whole lot more colorful.