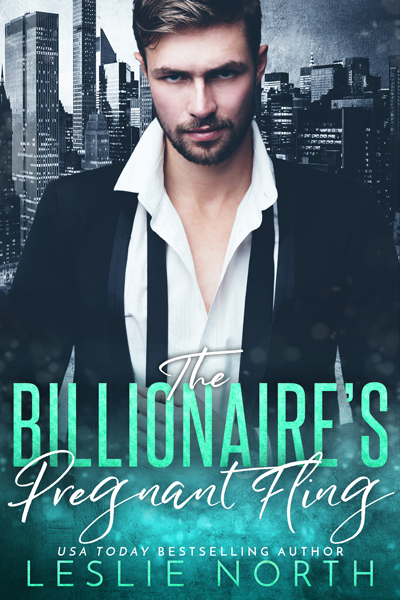 Eddie Jameson is the black sheep of the family.

His dark brown eyes sparkle with delight when he teases you and simply smoulderwhen he is flirting.

Has Eddie’s luck run out?

Find out when you get your copy of The Billionaire’s Pregnant Fling.

This billionaire playboy has turned over a new leaf—just in time to become a new dad.

Eddie Jameson has held the title of black sheep in the Jameson family for years. Creative, cocky and carefree, Eddie had a reputation for being the life of the party and a pain in the ass when it comes to following procedure. However, back in the flagship branch of the Jameson Agency, Eddie is proving himself to be a new man—someone worthy of his family’s’ respect.

Margot Dale is the daughter of one of Jameson Agency’s most lucrative clients and the girl Eddie has been after for years. New leaf or not, he wants her—and how much harm could bringing the old Eddie back for one night do? When Margot and Eddie meet unexpectedly at a party, sparks fly and a childhood attraction rapidly becomes an adult sexcapade.

Now Eddie’s role in the company, and in his family, is on the line.  Margot is pregnant and for the first time in her life, unsure of how to handle a situation. The one thing Margot and Eddie know they have is a connection—one that strengthens each other and sets off fireworks between the sheets. But they’ll need to decide if love and marriage are really coming with their baby carriage.

Eddie blinked. He had almost forgotten where he was in the New York bar, and who he was talking to…scratch that, he had forgotten who he was talking to. “Yeah. Hey, I’ll be with you in a minute,” he promised the suit in front of him. Any investment he had in their tedious conversation had gone out the window the moment he noticed the familiar vision sitting alone across the room. Eddie moved past the capitalist, passing off his drink in the process. The other man clearly didn’t approve of being treated like a waiter, but Eddie couldn’t have cared less. His focus was elsewhere.

It was Margot Daley sitting at the bar. Eddie had known her since childhood. She was one of his oldest and dearest friends—and the beautiful woman who also happened to be his most memorable recent hookup. It had been a slow burn between the two of them, spanning a decade at least; even now, seeing her like this, he couldn’t help but mentally replay every thrust and arch and sweet purr of pleasure their union had elicited. Margot was his oldest friend, and his newest lover; it made for an unforgettable combination.

Even if he had never seen her naked before, Eddie would have noticed her now. She bloomed like a rare night flower in a field of interchangeable daisies. Her black cocktail dress stood out starkly against the spring pastels; where other skirts flowed breezily around bare, athletic legs, Margot’s skin-tight selection hugged her every curve as intimately as the gaze of a hopeful lover. Every subtle shift of her legs might as well have broadcast itself at a ten on the room’s male-only frequency.

God, she was gorgeous. Athletic as hell, and as naturally tan as he was from all her time spent outdoors. Even from across the room, Eddie could make out the strikingly dark eyebrows that overshadowed her wide-set, innocent brown eyes; they were both a contrast and a complement to her long, ginger-blond hair.

He was moving toward her before he knew what he was doing. Not that he minded, or even normally ignored, the whims of his body. His hand found her waist almost as soon as she was within reach; it slid along the small of her back in quiet, intimate greeting. Margot started and turned in her stool. Eddie had heard of the deer-in-the-headlights look, but he had never been on the receiving end of it before.

“Eddie!” she exclaimed in astonishment.

“Me,” Eddie agreed. “How are you this evening, Margot?”

“What are you doing here?” Her surprise was so profound that Eddie had to momentarily fight to keep his smile fixed in place. She didn’t sound exactly unhappy to see him, but there was a definite note of disbelief in her voice that made him wonder.

“I have Kyle Moby’s fall from grace to thank for my invite tonight,” he admitted. “This seat taken?”

Margot shook her head, and Eddie sat down beside her. He let his hand slide from her waist, even though he hated to break contact with her. Her surprise at seeing him had caused him to rethink the familiarities he had been planning.

He conceded privately that it was possible he hadn’t been on her mind as much as she had been on his, even if it did come as a bit of a blow to his ego. Margot had been almost all he could think about since their searingly-hot night together almost two months ago. She was the distraction he couldn’t afford, now that he was finally moving up at the agency and winning his brothers’ respect…but she was also the rising addiction he couldn’t find it in himself to overcome. Not yet.

There was no denying that Margot looked distracted herself. She had pieced together a simple, stunning outfit, but paid no attention to the season’s colors; her golden locks looked teased by the wind rather than any sort of styling apparatus. Eddie would have bet his inheritance that he wasn’t the first guy to approach that evening, yet here she was: perched in self-imposed solitude and staring vacantly past the bartender standing sentinel. She didn’t even have a drink in front of her.

Something had to be done.

And Eddie gets it done! Find out in your copy of The Billionaire’s Pregnant Fling.