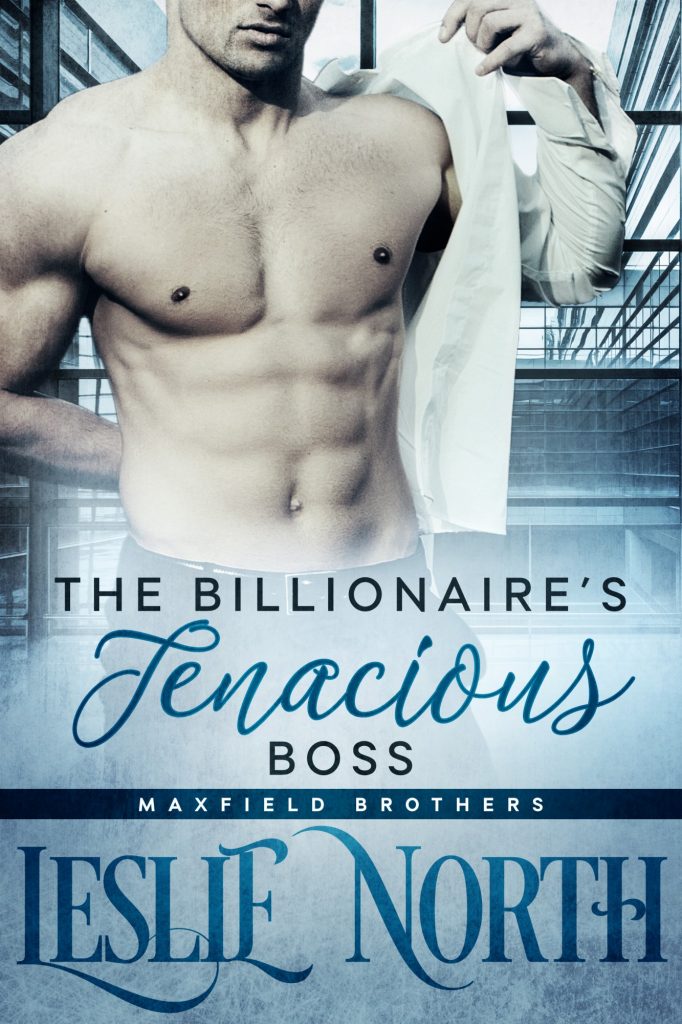 Stephen Maxfield has the chance to save the business his father built, and only one woman stands in his way.
With Duncan Enterprises crumbling, Stephen Maxfield knows that a lucrative building contract could be the ticket to saving the family company. He’s always been regarded as the unpredictable brother, and this time is no different. He’s prepared to do what he thinks is right—even if it means ousting his own father. Stephen faces another obstacle, however, in the form of Angelia Lopez, the gorgeous Duncan VP with her own plans to save the company.
Angie Lopez has been groomed as Duncan’s successor, and she’s convinced that selling off pieces of the company is the way to save it. She’s busy making deals to break apart the business, while hoping that it brings together the Maxfield family. But when she comes up against Stephen Maxfield—all six feet eight inches of him—she’ll have to work harder than ever to keep her focus. Angie’s been burned by men in the past, and Stephen sets her aflame.
Stephen has no time for romance, and Angie is on a dating time-out. But if the two can see beyond their business plans, they just may find they’re the perfect match.

Approximate length: 50,000 words (a novella)
, get troubled billionaire Stephen Maxfield and stubborn Angie Lopez on your eReader today, available on ALL major stores:

She was attractive. There was no doubt about that. Her dark hair was pulled tightly up in a bun, and Stephen wondered what she would do if he reached out and raked his hands through it, pulling out all the pins. He wanted to know how long her hair was. Would it sweep past her shoulders? Swing down to the small of her back? Brush all the way down to that luscious…

“Is there a problem?”

His eyes snapped back up, and he realized that her dark eyes were staring intently at him. There was a hint of temper in her voice, but it was controlled.

“No ma’am,” he said politely with a smile. “Just lost in thought.” He wasn’t at all ashamed of the fact that she’d caught him staring at her.

Her eyes narrowed, but she turned back around again. He knew that she could see him reflected in the gleam of the elevator doors, so he kept his eyes from straying again. She was simply a small distraction from what was really weighing on his mind. Part of him couldn’t believe he was in San Francisco again. Duncan had called, and he’d come running. It was pathetic.

There was something nostalgic about riding in the elevator again. He’d enjoyed more than one woman in this elevator when he was younger. His eyes flickered up at the camera and he smiled to himself. He’d given the security officers quite the show. What would the lone woman riding with him do if he pushed her up against the wall and pressed his lips to hers?

She was dressed in a gray blazer and a skirt that showed off her tanned legs. Conservative. Business-appropriate. She was more than likely a secretary or a receptionist. Good old Duncan did like them young and pretty.  “You do realize that I can see you, right?” she demanded. Stephen smiled as his eyes snapped up again. She hadn’t even bothered to turn around, and he met her look in the distorted reflection.

She turned around and leaned against the wall, deliberately easing her gaze up and down his body. He grinned unabashedly. “There’s nothing wrong with a little distraction every now and then,” she said softly. “I’ve always wanted to know what kind of tools you construction workers carried in your tool belt. Are you all talk?”

She thought he was a construction worker? Well, he was dressed in jeans and a work shirt. “That depends on what kind of tools you’re looking for,” he said in a husky voice as he stepped closer towards her.

Lifting her chin, she smiled coyly at him. “I’ve always had a thing for a man in a hard hat.”

“Come by my room later tonight, and I’ll show you every hard thing I have.”

When he was inches from her, she tossed back her head and laughed. “God. You men are so easy.” The doors opened, and she nimbly stepped outside. “Have a nice day. I hope you looked your fill.”

He stood in the elevator for a moment, stunned. Quickly, he realized this was his floor too, and he hopped out before the door closed.