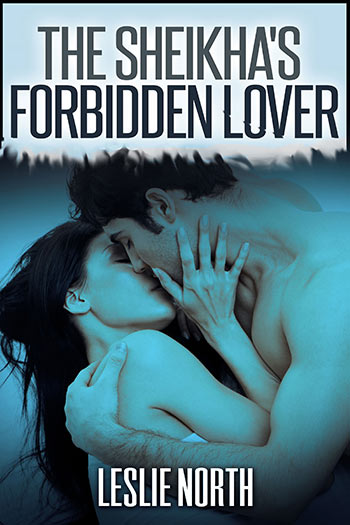 With an attraction this hot, someone is bound to get burned…

Adilah Tazeem, twin sister to Sheikh Hussain, has always been the impulsive one in her royal family. With a successful baking business, she can’t wait to host an upcoming culinary conference and show the world her city. But when death threats keep coming, she turns to the one man she can always count on to protect her.

Head of security Kalik, with his enormous strength and unwavering dedication, has captured her heart for years. But despite her shameless flirting and sizzling fantasies, she would never do anything to jeopardize his position.

After years of service to the wealthy Tazeems, Kalik is duty-bound to keep his feelings for Adilah under wraps. Her carefree spirit and sensual beauty are a constant temptation, but he cannot risk her life or his friendship with Hussain by giving in to desire. Kalik’s control is tested when keeping her safe brings them closer than ever before.

But as the danger escalates, he must never forget what happens when he lets down his guard. He gave in to his emotions once before, and he won’t make the same mistake again.

Kalik’s priority is protecting Adilah, but who will protect their hearts as the feelings between them grow?

Download Kalik and Adilah’s forbidden love story from your favorite retailer now and start reading it in seconds:

“Hi,” Adilah greeted him wondering why her voice suddenly sounded a bit higher. Whenever they were alone together, she felt nervous. Her heart thumped so hard; it was a wonder he could not hear it.
“Morning, Miss Tazeem,” Kalik answered formally. His voice was so deep and stern, it sounded to Adilah like a cross between a purr and a growl, as she stared speculatively at the frosting in her bowl.
Adilah first met Kalik more than ten years ago when he was hired by her father as part of the Tazeem family security team. He had quickly struck a rapport with her brother and within a year became his bodyguard and a trusted friend.
Despite his stoic nature and his preference to say little, she had grown close to him. He always made her feel as though what she had to say mattered and Adilah appreciated that he was there for her when she had something on her mind or she needed help. Both of which were qualities she hoped to find in a partner.
Adilah glanced at the badge on his chest, “head of security.” Those three words snapped her out of her thoughts and back to reality. Those three words were the reason why she could not follow her heart.
As a member of the Tazeem staff, it would be inappropriate for them to be in a relationship together. At the very least, he could lose his job, which she knew that he loved. Cassie works as Hussain’s personal assistant, a little voice in her head reminded her, as she tried to push it away. It would be different for her, as the sister, she was sure of it.
“Would you like to try some honey cake?” she asked him. Or perhaps try me; she wanted to say but decided it was wiser not to.
“No, thank you. It would be unprofessional,” he replied. Adilah raised an eyebrow. Of course Kalik had offered such a dry response.
“What does a honey cake have to do with work? What would one little slice do?”
“I am paid to protect the Tazeems. Not to eat cake.”
Ouch!
Adilah picked up a kitchen towel and wiped her hands. Hearing Kalik confirm his job was just a painful reminder of reality.
“Why are you always so uptight?” she asked him. “It is possible to do your job and have some fun, you know.”
“I take my job seriously,” he answered. His brown eyes and heavy brows made his gaze seem that much more intense. Because he was always so serious, Adilah could never tell what he was thinking. He would be good at poker, she thought. Adilah could never keep such a straight face. Her expressions always gave her thoughts away.
“As you should; however you should be able to indulge in something other than work once in a while,” she said to him with a smile as she blushed.
“As much as I would want to, my job doesn’t allow me to stray,” he replied gently.
“You want to?” Adilah asked him, suddenly feeling a bit frisky. A lock of hair fell from her ponytail and rested on her cheek as Kalik’s gaze appeared to fixate on it. He raised his hand as if he was going to tuck it behind her ear for her, but he restrained himself and slid his hand into his pocket. If only he had continued.
“Of course I want to, but-” Adilah saw his jaw twitch as his gaze hardened. Adilah shyly tucked her hair behind her ear. Of course I want to- the words echoed in her head. Just before she could reply, the maid walked into the kitchen holding a pile of letters.
“Good morning, Miss,” the maid said. Kalik broke off the eye contact and looked away.
“Morning,” Adilah greeted the older woman with a smile, even though she had just walked in at the wrong moment. She handed Adilah a white envelope with her name on it. Adilah ripped the envelope open and pulled out a letter addressed to her, wondering who it could be from.
As she read it, her eyes widened and her hand began to tremble, rattling the paper. She felt her heart drop as she finished reading.
Another one?

Download Kalik and Adilah’s forbidden love story from your favorite retailer now and start reading it in seconds: