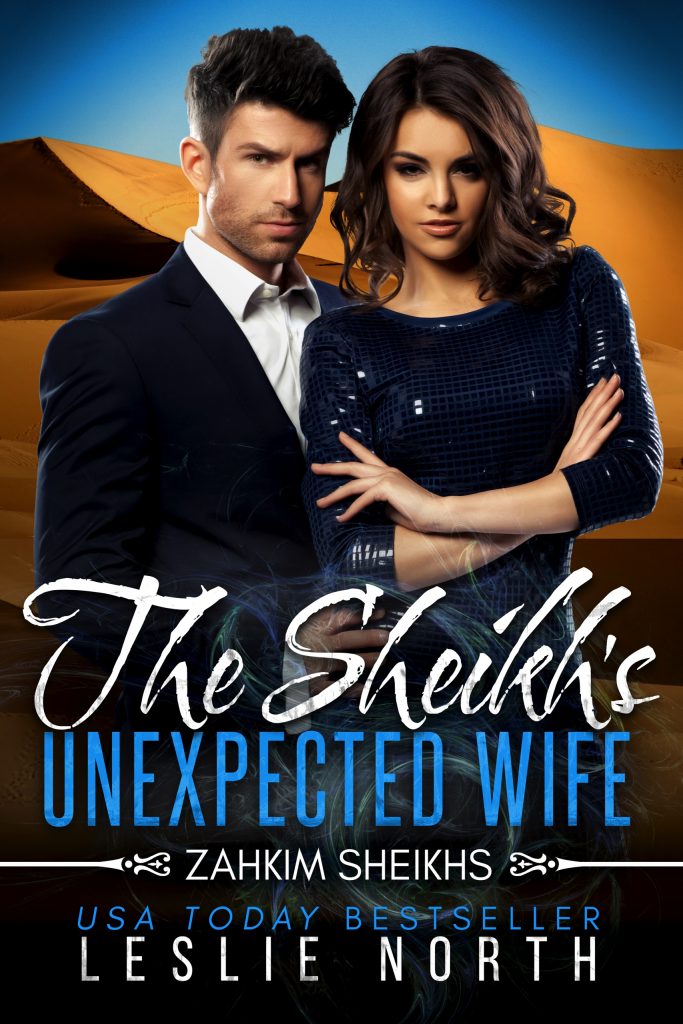 Sheikh Nasim should be furious about being tricked!

Accidentally marrying this Southern belle wasn’t part of the plan.

He could have anyone he wants…

but he wants to learn more about his unexpected wife.

ALL of her, in EVERY way!

Grab your copy of The Sheikh’s Unexpected Wife at:

Sheikh Nasim Said is going through with his arranged marriage—it will be good for business, and his country Zahkim, even if his cousin Arif says it will be a disaster. But when his veil- shrouded bride faints halfway through the ceremony, he discovers he hasn’t married the daughter of a neighboring king, but the luscious Ginni Leeland. His wife is a stranger, but he can’t wait to get to know her better –in every way—even if her stunt has threatened Zahkim’s relationship with their neighbor.

Ginni is full of Southern charm, and she plans to put it to good use in Zahkim, proving to her daddy she’s ready to take over the family business by cementing a deal to transport Zahkim’s oil. Helping her friend elope by taking her place (temporarily!) in her wedding is the perfect ruse to get her close to Sheikh Nasim. But the marriage wasn’t supposed to be legally binding! Now she’s married to a sheikh, her daddy’s furious, and—worst of all—she’s falling in love with her new husband. Now Ginni has to prevent a war, seal the deal with Zahkim, and keep her heart from breaking—all in less than a week.

Grab your copy of The Sheikh’s Unexpected Wife at: