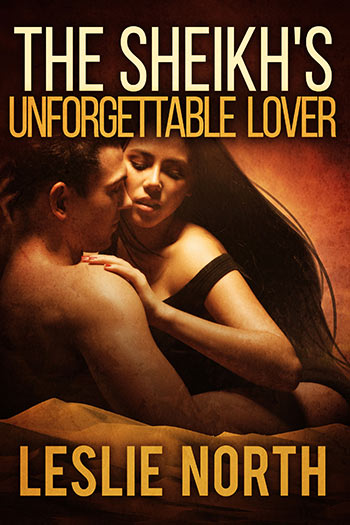 This is part 1 of ‘The Sharqi Sheikhs Series’, a follow-on series from the bestselling Tazeem Twins series.

American tutor Kim Atkins is teaching English to a young Middle Eastern prince, but she’s having a hard time keeping her eyes off his older brother. With Karim’s stacked muscles and handsome face, it’s hard not to be distracted. It’s too bad he’s rude, arrogant and very traditional, but that only makes it easier to focus on her student and the girls at the local orphanage. Besides, with glamorous beauties eager for Karim’s attention, clumsy Kim could never compare.
Karim Sharqi is knee-deep in paperwork after taking over the family jewel company, but asking for help from his brother’s pretty tutor goes against everything his father taught him. Karim’s known from a young age that you should never rely on a woman—especially a Western woman. Her modern attitude flies in the face of his traditional values, and yet, her beauty and shy smile are proving to be an irresistible temptation.
Can two people from such different worlds ever find a common future?

Download Kim and Karim’s story from your favorite retailer now and start reading it in seconds:

Kim Atkins watched Sheik Karim Sharqi lift free weights on the courtyard below her, sweat glistening off his body in the intense sunlight. Staring down at him, she had never seen a man so strong, so muscular, so alluring, as she imagined that perfect body pressed against hers, his hands holding her waist as she stroked his rippling muscles.
Kim turned her head to see three maids watching him from a distance. One of them was fanning herself as they whispered and giggled amongst themselves. Kim did not blame them — Karim Sharqi was a very attractive man.
Closing her eyes, she imagined herself looking into his eyes, his dark hair neatly framing his face as his brown eyes smiled down at her. In her mind, she fisted her hand to keep from touching his perfectly straight nose perched atop luscious lips that invited her to lean in for a kiss.
She briefly wondered what his stubble would feel like rubbing against her fevered skin, as he kissed his way down her body. She swayed slightly on her feet as her all too active imagination made her body tingle at the thought of his touch.
“Does this sentence make sense?” Amare asked, interrupting her daydream.
“Huh?” Kim snapped out of her thoughts and returned her attention to Amare. She had forgotten where she was and what she was doing. “Sorry, show me,” she said and took the notebook from him.
Kim had originally come to Saudi Arabia as an ESL (English as Second Language) teacher and when her contract was over, she was fortunate enough to be hired as a private tutor for Amare, the youngest son of Sheik Saeed Sharqi.
“Well done,”  Kim said, as she handed the notebook back to him.
“Thanks.”
“You’re doing really well, Amare.”
“Really? I am?”
Kim grinned at him, tousling his hair, “Yes, you are.”
“Cool. Father expects me to excel on all my exams,” he told her as he squeezed the notebook before setting it down.
“I have no doubt that you will.” Kim smiled at the young sheik. She was impressed with how hard he was working. When she had first accepted the job, she did not expect to meet such a serious student. In her experience, children born with silver spoons in their mouths tended not to work very hard.
“Not only should I work hard, I should be top of my class,” Amare said solemnly.
Kim raised her eyebrows. “That is a lot of pressure.”
“My father wants nothing but the best.”
Kim sighed. She had heard that the Sheik was strict but she could not believe how much pressure he was putting on his son. She was glad that she had not been raised with that much expectation to do well in school. She flipped open her folder and pulled out a poem.
“We’ll do the best we can,” she said, handing him a sheet of paper. “See if you can interpret this poem for me.”
“Sure.”
Whilst Amare was reading the poem, Kim’s gaze travelled back to the courtyard below. Karim was still outside in the courtyard working out and was currently doing push-ups on the slate tiled floor. The muscles in his back tensed up as he bent his arms and slowly lowered himself down.
He had taken off his shirt and his torso was bathed in sweat as Kim contemplated licking the salty sweat from his chest. Lost in thought, she watched as he reached for a towel and slowly dried the sweat from his body leaving Kim to wonder what it would feel like to stroke her fingers along those rock hard abs.
A noise from behind her made her jump as she finally realised that Karim was looking straight at her with a smirk on his face. She gasped and looked away quickly.
“Crap,” she muttered under her breath.

Download Kim and Karim’s story from your favorite retailer now and start reading it in seconds: