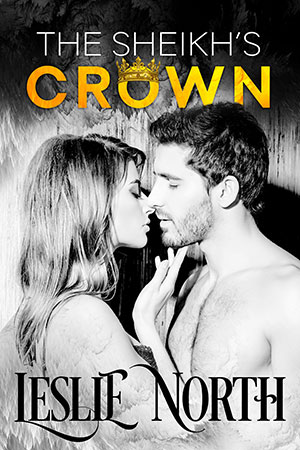 Is love more precious than wealth?
Shiekh Adil is the youngest of the three brothers of the wealthy Khalidizack family, and notorious for his playboy ways. The womanizer seems the least likely brother to marry after the high-stakes wedding bet with Shiekh Rameez. When the family entrusts him with a thankless job—supervising the loan of their art and jewels to the Louvre—he reluctantly accepts. It seems like a chore, until he meets the feisty woman who changes everything.
Samine Isme is a journalist covering the Louvre loan. Brilliant and independent, she has a cool exterior that Adil finds utterly entrancing. But the closer they get, the more he suspects Samine has motives that go beyond attraction. With the sudden theft of the Khalidizack collection on its way to the museum, they’ll have to work together to restore the treasures to their rightful place.
In a race across Europe tracing stolen antiquities, an old enemy emerges to settle a score. Now, Adil must face the threat to save his family’s honor and avoid his own disgrace, but can he trust that the woman he loves is really on his side?
Get playboy Sheikh Adil and feisty Samine Isme’s intense love story today!

Exclusive Excerpt From The Sheikh’s Diamond

Amidst the glitz and the glamour of the wedding reception, she was the only thing worth looking at, and Sheik Adil Khalidizack didn’t mind looking.
His eyes followed her as she worked her way around the room. He tensed when she smiled at the waiter as he handed her a glass of champagne. Tilting her head back, she sipped the sparkling drink, her gold, drop earrings catching the light as they sparkled against the slender column of her neck. She turned to speak to someone, her large dark brown eyes crinkling in amusement. As she turned, he gasped. Her burnt-orange dress with the delicious plunging neckline was backless, showing creamy smooth skin.
Adil snapped the stem of the champagne glass he’d forgotten he was holding as she turned again and the light picked up a thin gold rope that carried a green and gold pendant down between her breasts. Handing the glass pieces to the hovering server, he turned back to her.
He couldn’t help but be jealous of that pendant. It sat exactly where he wanted to place his fingers. He’d touch the swell of her breasts before following her curves lower to see where she was most sensitive. Focused completely on her, he began to move through the crowd. It was his duty to seduce at least one beautiful woman at his brother’s wedding. The family would expect it, and who was he to let them down?
“You’re like a panther stalking his prey.”
Adil turned abruptly to see Sheik Rameez Molamid watching him with a wry grin. Rameez was a good friend of his father’s, and Adil had always thought of the man as an uncle. Distracted from his mission, Adil reached out to clasp the older man’s hand. “The wedding is a bore. Can you blame me if I have my eyes on a beautiful woman?”
“The wedding is hardly a bore. It’s the party of the year. You’re only bored because you’re used to it,” Rameez snorted. “I would think you’d be more excited. You’re one brother closer to owning Muharraq Island.”
“True,” Adil agreed with a sly smile.
Adil and his two brothers had struck a deal. The last one unwed would gain control over Muharraq Island. Their father had abandoned the property, and each brother had their own ideas of how to develop it. Adil imagined resort hotels and beautiful bikini-clad women. It would be the party destination for the rich and beautiful.
Masoud was the first to lose. While searching for Solomon’s Diamond, his middle brother had fallen in love with an archeologist, Fleur Summers. The woman wanted the diamond to be on display in museums, but the family needed it to secure their claim to royalty.
Eventually, they’d reached a compromise, and Masoud managed to get the beautiful redhead to marry him. Adil was happy for his brother, but he couldn’t imagine going through what he had to win her heart.  There were too many beautiful women out there, like the sexy brunette here at the reception. If his brother had been more clear-headed instead of chasing after Fleur, he might not have come close to losing the diamond to a dangerous collector, Anton Negatin.
Masoud was clearly crazy about Fleur and vice versa, but as far as Adil was concerned, had Masoud kept his eyes on the prize rather than on the woman, they wouldn’t have to share the diamond, and Anton would have never gotten his hands on it. Still, Rameez was right. Adil was now one step closer to his island.
“All I have to do is wait out Jaymin. He’ll find some sort of political match for the family, and that island will be all mine.”
“You think it will be that easy?” Rameez asked.
Adil reached over to snag a glass of champagne from a passing server. Turning, he gave the older man a wink. “I enjoy women far too much to be tied down to just one, and Jaymin is no doubt embarrassed that Masoud married before him. He is probably looking for a political match as we speak.”
“It’s always amazed me how different you three are. Jaymin, obsessed with responsibility. Masoud, completely bored with his family, and you.”
“What about me?” Adil asked wearily. He knew where this was going.
“Shirks responsibility. Playboy. Has no problems using his family’s name if it means he can get to a beautiful woman,” Rameez said easily.
It didn’t bother Adil. He’d heard the same thing from everyone all his life. With a shrug, he lifted his glass and drained it. “Your point?”
“My point is that while you are incredibly different, you’re all the same. You value pride, wealth, and reputation more than anything. But you’ve all forgotten the value of love. Masoud learned his lesson. When will you?”
“Not until that island is mine,” Adil said with a wink.
Get playboy Sheikh Adil and feisty Samine Isme’s intense love story today!